We were quite impressed some years ago when we found the RateMDs.com website.

It’s produced by an organisation based in Toronto, Canada, and has on it ratings on doctors and other health care professionals practicing in many of the countries in the world.

(It’s an organisation and a site that we have no interest in or control over, to which we have supplied no more than 3 or 4 ratings – ironically one of them, a really great rating, which we wish we could take down, because the doctor concerned went on to let us down really badly. Of course, this hasn’t stopped the thugs in the health care professions, of whom there are a few, claiming that we and our families have provided lots of the bad ratings that appear on this site, so much so that it would justify them in withholding treatments and services from us.)

Since then our enthusiasm for such sites and their ratings had cooled considerably. To us, it’s hard to rely on them. There are lots of ratings around which make doctors out as perhaps the best doctors in the history of Christendom, which we feel need to be taken “with a grain of salt,” and poor ratings are often virtually drowned out with ratings like this. 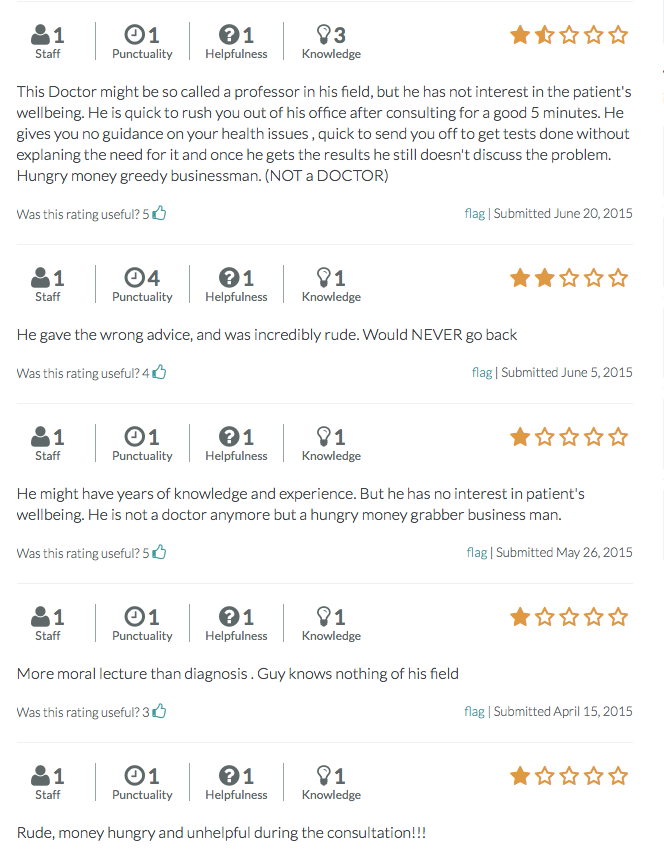 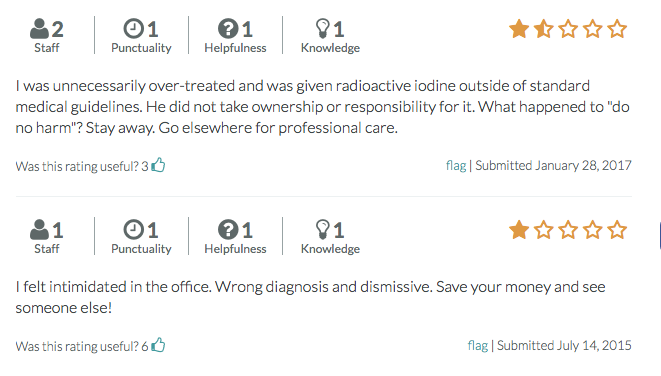 This entry was posted in RateMDs.com. Bookmark the permalink.