Is Ms Sue Dawson, the best person to be the NSW Health Care Complaints Commissioner? 3

On 8 July, 2020, the letter shown below was emailed to Ms Dawson, with 3 reminders having been sent subsequently. 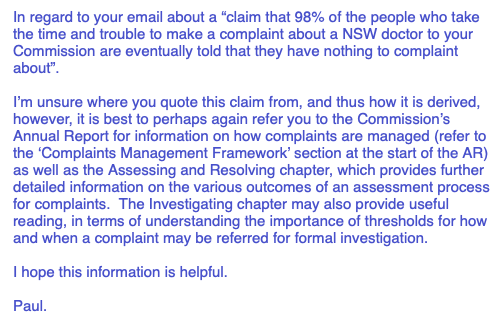 On the same day, this reply was sent:-

On the same day, this reply was received:-

We’ll let you know if a reply is received.

Readers, this is our thinking. It’s an established fact, it’s all over the internet, that Ms Dawson and her people receive more than 650 complaints a month from the people of NSW, us, you and me, about NSW health care workers, mainly doctors. And it would seem logical to assume that the health care workers mentioned in the HCCC’s Media Releases is a list of the total number of those about which a complaint has been found to be justified – and that with the rest, it’s been found that their complaint hasn’t been justified. And the number mentioned in the Media Releases is never more than 10 in any particular month, and it’s often more like 4 t0 5. And even if it’s 10, 540 as a percentage of 550, is 98.18%

Perhaps Mr Spink, or even Ms Dawson herself, will tell us where this thinking is wrong. We’ll let you know if we hear from either of them. 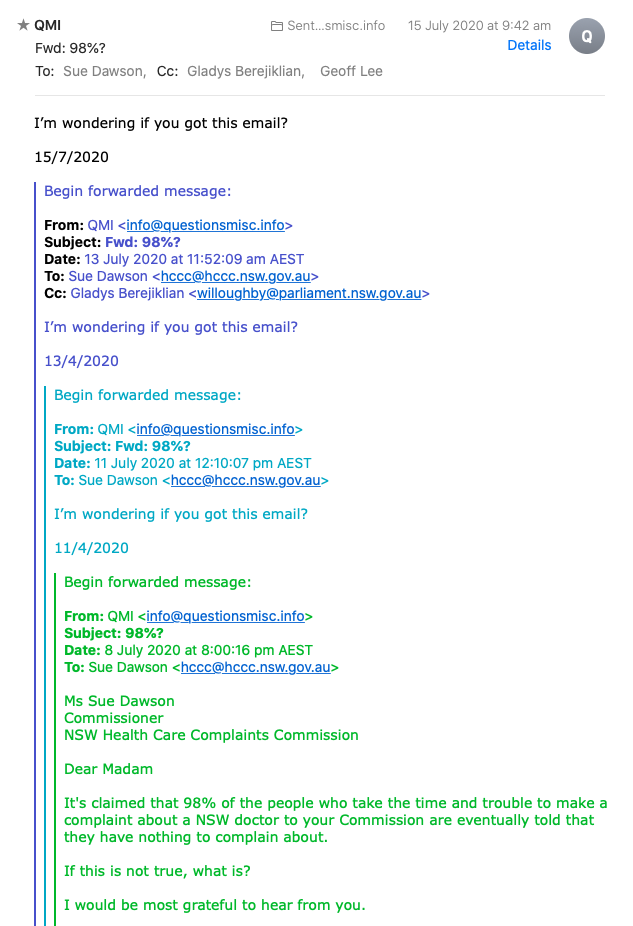