Interfacing with the Medical Profession 1

One of our readers has reported that, after seeing a Urologist recently, he sent him a letter by email saying this, two days later. 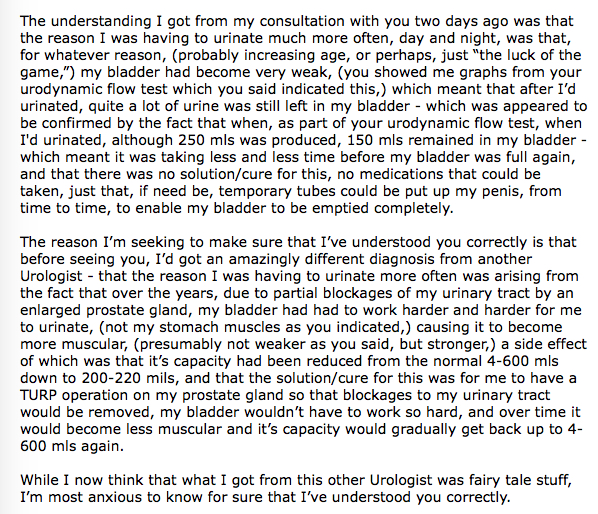 Within a few hours, he got this back by email – “You have understood my explanation correctly.”

In complete and utter contrast, when we asked one of the doctors at the Emerald Medical Centre, Lane Cove how our readers would go about getting copies of their “health records and information,” as defined in the Health Records & Information Act 2002, if they became patients of their’s, this is what we got  back.

Two things are absolutely for certain.

Secondly, while there are enough people, enough of you and me, putting up with rubbish like this, people like the people at this medical centre are never going to change.

This entry was posted in Interfacing with the Medical Profession. Bookmark the permalink.