A letter just sent by Australia Post to Dr Grant by one of our readers, setting out horrendous experiences he claims to have had at the hands Dr Andrew Brooks, Urologist, after Grant had referred him to him. In the absence of some explanation from Grant it would seem that, either, he didn’t know how bad Brooks was, or, he didn’t care, so long as he kept getting kick backs. As for Brooks, it appears clear that he based everything on a misdiagnoses that he used his nurse to cover up, and, of course, he doesn’t care – more than 20 emails have been sent to him over the years, even Australia Post letters, inviting him to provide his version of things, which he doesn’t even acknowledge.

But the thing that’s got us quite horrified lately is that it seems increasingly clear that, under the Health Care System we have in NSW the Grants and the Brooks are completely confident THAT NO COMPLAINTS ABOUT ANY OF THE THINGS ABOVE WOULD BE SUCCESSFUL, THAT THERE’S NOTHING THEY CAN’T GET AWAY WITH!!!!! 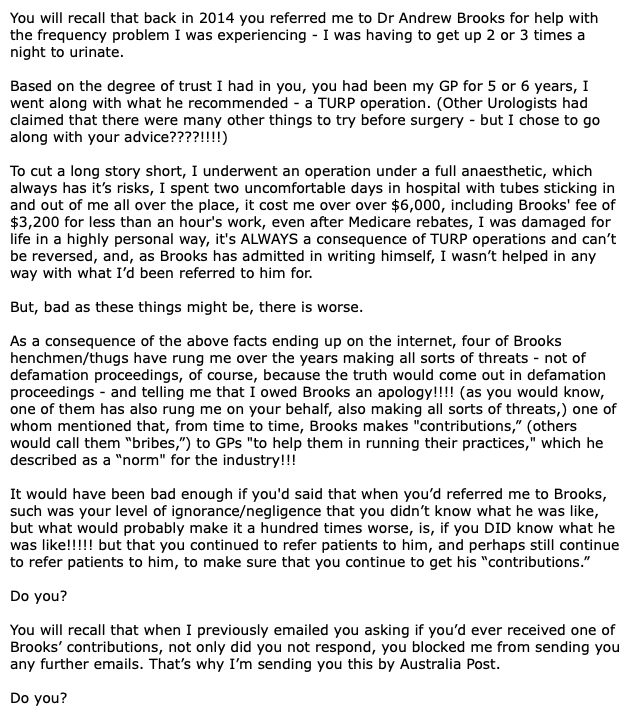 We’ll let you know if we get a response.